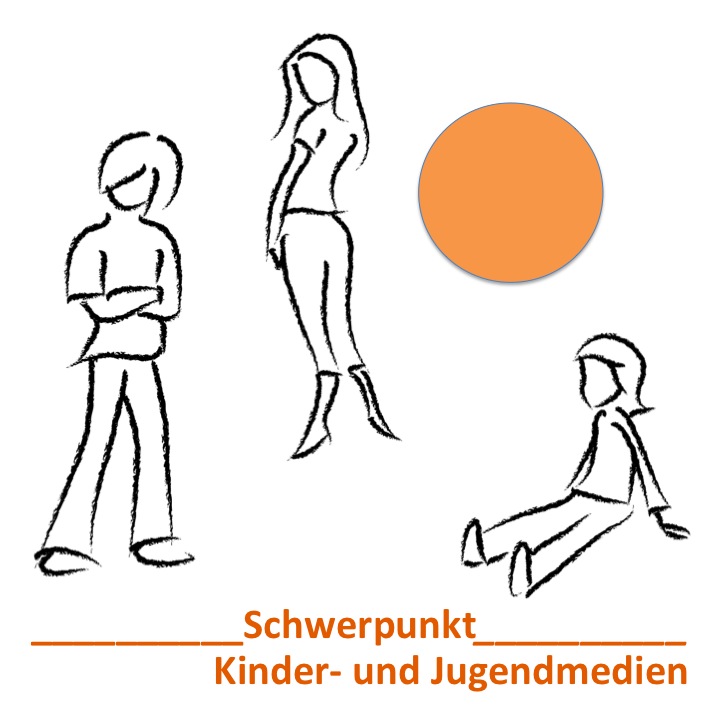 Following the success of the 1st workshop, which took place in May 2014, this consecutive event will host 2 outstanding keynote speakers and junior researchers who are interested in an interdisciplinary investigation of family and nation in relation to the narrative and intersectional analysis. 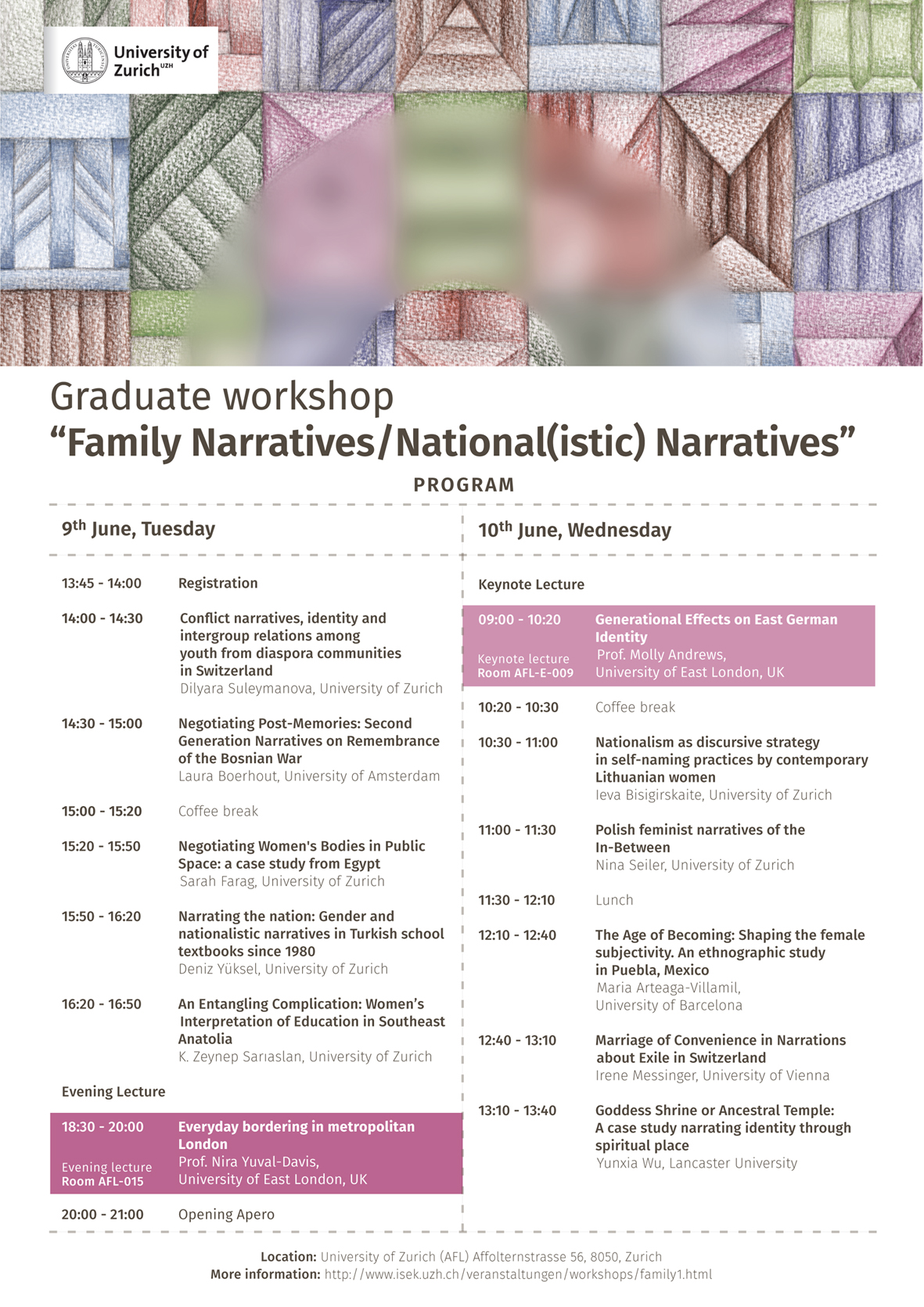 Prof. Nira Yuval-Davis is the Director of the Research Centre on Migration, Refugees and Belonging (CMRB) at the University of East London. Currently, she is leading an international team which examines everyday bordering in metropolitan cities and different European border zones from an intersectional situated gaze perspective. In her open lecture, she will present a theoretical framework to analyse the differential effects of new measures to control immigration in everyday lives in London. While examining these new technologies of everyday bordering, she argues that it is threatening to destroy the conviviality of pluralist civic society characteristic of contemporary metropolitan cities.

The lecture will be followed by an ápero.

Prof. Nira Yuval-Davis is the Director of the Research Centre on Migration, Refugees and Belonging (CMRB) at the University of East London. She has written extensively on theoretical and empirical aspects of intersected nationalisms, racisms, fundamentalisms, citizenships, identities, belonging/s and gender relations in Britain and Europe, Israel and other Settler Societies. Among her written and edited books are Woman-Nation-State, 1989, Racialized Boundaries, 1992,Unsettling Settler Societies, 1995, Gender and Nation,1997, Warning Signs of Fundamentalisms, 2004, The Politics of Belonging: Intersectional Contestations, 2011. Her works have been translated to more than ten languages. She is also an editor of the book series The Politics of Intersectionality of Palgrave MacMilan, New York.

Prof. Molly Andrews, Professor of Political Psychology, will look at the ways in which a small number of East Germans discuss their own sense of national identity, compared to the generations of their parents and their children. Based on a longitudinal research project carried in former East Germany between 1992 and 2012 with key political anti-state activists, I will examine how the demise of the GDR in 1989 impacted on the shifting ways in which different generations within the same family experienced their national identity, exploring why for some East Germans it became easier to embrace an East German identity only after that country no longer existed.

Prof. Molly Andrews is Professor of Political Psychology and Co-director of the Centre for Narrative Research at the University of East London. With an interest in the intersection of individual biography and society, for the past twenty years she has been listening to, and writing about, the stories which people tell about their lives, specifically focussing on their perception of the political world and their role within it. Andrews's research explores the implicit political worldviews which individuals impart through the stories they tell about their lives, as well as the wider social and political context which makes some stories more ‘tell-able’ than others. In 2008, her book, Shaping history: Narratives of political change (2007 Cambridge University Press) received the outstanding book of the year award from the American Education Research Association, Narrative and Research Special Interest Group. Her latest book 'Narrative Imagination and Everyday Life', (2014 Oxford University Press) explores the links between stories and imagination and how they affect the way we live, focusing specifically on ageing, education and politics.

The Institute for Social Anthropology and Cultural Studies (ISEK) and the Gender Studies Program at the University of Zurich are calling for papers from junior researchers interested in exploring narrative analysis as a means by which to gain insight into the construction of social discourses on national and social identities, as well as various symbolic constructions of the ‘ideal’ family.

Identity scholars suggest that in order to understand the complex technologies behind identity formation, one needs to see this process as a perpetual telling of stories. The exchange of stories pervades nearly every aspect of our social life. Our ‘storied selves’ are continually informed by intersecting discursive categories, such as nationality, ‘race’, ethnicity, family or kinship, language, class, gender, religion, etc. Consequently, specific narratives dealing with each or some of these discursive constructions facilitate the creation and negotiation of subject positions, making it possible to regard our stories as sites where cultural meta-narratives can be obtained and observed.

This two-day graduate workshop aims to set up an interdisciplinary dialogue among junior scholars who focus on (re)presentations of family and nation within the fields of anthropology, ethnography, psychology, and literary, as well as gender and cultural studies. Participants are invited to deliver a 25-minute presentation focusing on how methods of narrative analysis and/or intersectional approach are applied within their methodological and theoretical frameworks. Two leading scholars —Prof. Nira Yuval-Davis and Prof. Molly Andrews— will open each day’s session with an hour-long keynote lecture.

We are particularly interested in the following questions (though we are not limited to these):