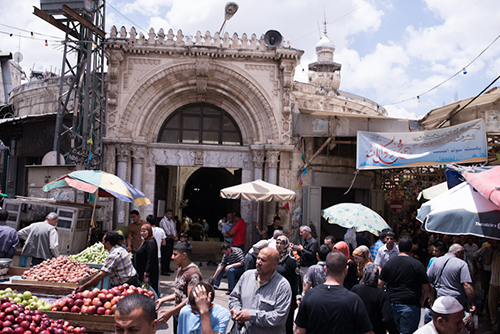 Entry of a mosque in the old city of Nablus.

Sign put up by shopkeepers to prevent arguments with customers: ‘Debt is forbidden, blaming [the shopkeeper] is suspended, and the flow of wealth is in God’s hands.’ 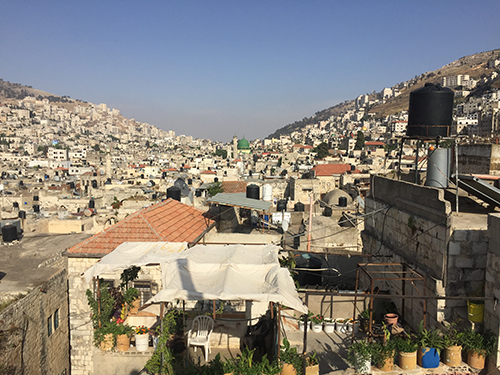 The old city of Nablus. 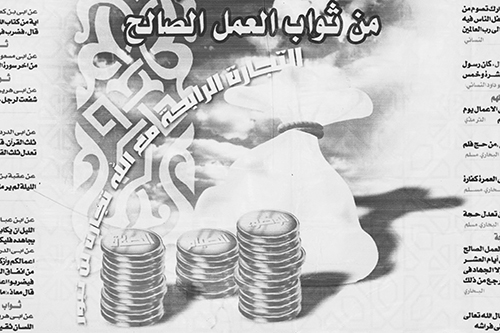 Poster in a mosque in Nablus with a list of virtuous deeds Muslims can do to gain points in a divine system of bookkeeping.

How do people look after their relatives and neighbours in need in a political economy of military occupation and the absence of a functioning welfare state? Based on ethnographic fieldwork in the Palestinian city of Nablus, this research project found that moral concepts derived from Islamic texts (Quran and Prophetic traditions) can play an important role in this regard. The Quran obliges Muslims to give part of their wealth away as zakat, the rightful share of people in need of support. In Nablus, zakat has given rise to formal institutions collecting and distributing aid. In 2008, however, security crackdowns in many Palestinian cities led to the forced closure of many of them. This intervention into the Islamic aid sector occurred against the backdrop of the ‘War against Terror’ whose policies often failed to consider and understand local realities. Consequently, many zakat flows went underground as people started to distribute it directly to others in need.

The fieldwork for this project was carried out in 2013-2014 and focused primarily on how givers and receivers of zakat confront one another in social interactions. In direct zakat transfers, people actively cared for how they appeared to one another in social interactions. This ‘ethical work’ of presenting oneself involved reading signs, embodying Muslim virtues and invoking God as the sole source of material provision. Considering the Islamic tradition’s presence within social interactions, the project contributes to the anthropology of ethics by illustrating how Muslim piety exceeds the individual and how the moral responsibility to cover the needs of others is socially distributed. Such an ethics of social interaction (marked by Islamic concepts of wealth and piety) also shapes the work of local zakat institutions.

Nablus is a conservative Sunni Muslim city with small minorities of Christians and Samaritan Jews. It is surrounded by Israeli settlements and military bases. In spite of these highly specific circumstances, the inhabitants of Nablus involved in zakat practice address a more general human paradox, namely, how to reconcile the idea that all people are equal before God with the existence of significant differences of wealth among them.